BF Miscellany 3: Bigfoot in the Bars, Russian and Other Wildman Encounters

Bigfoot roams the hills, but he also appears in bars. The creature is exploited in merchandising products and used for humorous gags. Though all of this, including pranksterism and hoaxing, gets in the way of serious investigation of the subject, one has to admit that it is... funny. 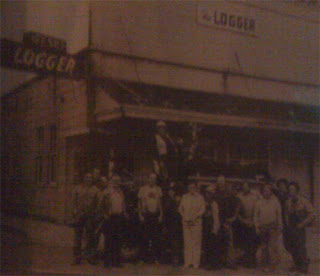 Here one may see the LOGGER BAR in Blue Lake, in an undated photo that appears to be from the 1960s. The thing on the platform around which the men are gathered is a BIGFOOT CORPSE, supposedly shot up in the hills east of town. One may find this historical photo among many others documenting the logging heyday of Humboldt by looking in the hallway right before the restroom doors. In the admittedly "blobsquatchy" enlargement (click it to view even larger), one may find the "creature's" head to the right side, with its hand dangling out further. 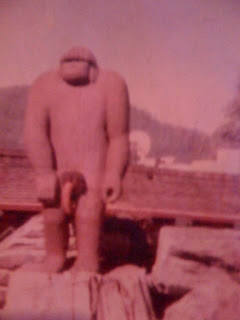 This image, found in SIMON LEGREE'S Roadhouse, in Hawkin's Bar (about ten miles east of Willow Creek on Hwy. 299), depicts a jokingly vandalized JIM MCCLARIN BIGFOOT STATUE in Willow Creek. This act of local hooliganism really happened, sometime back in the 1980s. It is not a Photoshop job. 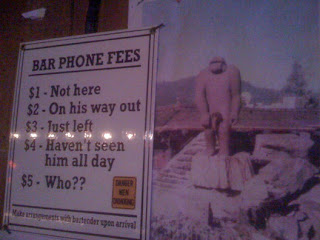 Simon's bar also has a relic of the days around 2005-06 when a quite tall man calling himself "Paul Bunyan," from somewhere around Redding or Anderson, had planned to lead a Bigfoot Outdoor Camp and expedition training in our area. He came here, carved a lot of wooden footprint stompers, chopped some trees, and then disappeared. 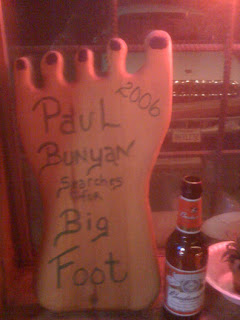 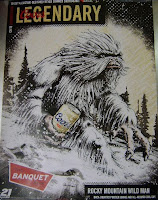 One may also find the Coors Beer Wildman raging from banners and posters in many a bar or liquor store.
Here's one sighting from Willow Creek's FORKS LOUNGE. The Forks is right across the street from the famous Bigfoot statue and the Bigfoot Collection, at the Museum. 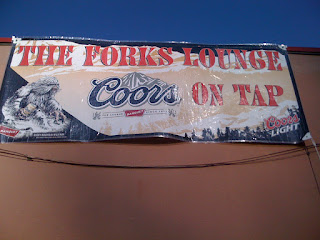 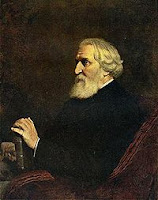 Some of you may not have heard that famed 19th Century Russian literary novelist, IVAN TURGENEV had an encounter with a Wildman--or I should say, wild woman--that includes apparent erotic pursuit. While swimming in a river, "Suddenly, someone's hand touched his shoulder. He looked around quickly and saw a strange creature... gazing at him with great curiosity. It looked like something in between a woman and a monkey. The creature had a wrinkled face of a monkey. Messy red hair was framing the face and flowing down the back.... He started swimming to a bank of the river, not even trying to understand what he just saw. However, the creature was swimming beside him, touching his neck and back and feet." The amorous wild creature had to be driven off with a whip. It's actually a pretty typical sighting of an Almas in that region, and typical for the time period. Read Myra Shackley's book, "Still Living?," aka "Wildmen," for some fascinating, non-North American ABSM-ery. We'd also refer the reader to Chad Arment's "The Historical Bigfoot" and Scott McClean's "Big Newsprints" (link to right). Older bigfoot-type stories seem to lean more often than not toward the feral human rather than ape-like subjects. Check the whole story out HERE, at the interesting CARGO CULTE blog, a great source for all your "Freak Belief" needs. 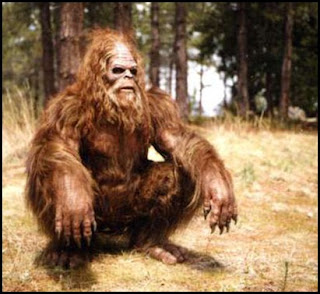 I won't even begin to talk about the Jack Links Jerkey ads. Someday Sasquatch is gonna soundly kick their asses!
OK, sorry about that!!! I'm feeling lazy today.
Coming up soon, the Bald Hills Expedition, Meeting Mr. Moneymaker, and the Klamath Trip futilely looking for the BFRO.

Copyright Steven Streufert 2009, save for Jacklinksquatch and Turgenev; images and quotes from text free to use with full credit and link to this blog.
Posted by Steven Streufert at 6:11 PM