News: THE COALITION FOR REASON, SCIENCE, SATIRE AND SANITY IN BIGFOOT RESEARCH. A Facebook Group You Should Join

Hello all. In case you have wondered why I have not been "blogging" much lately, well, I feel you should have an explanation. Aside from a general annoyance with the state of Bigfooting these days, and a general sense of finishing something up in Bluff Creek, I've just been active elsewhere. In case you don't know about it, I'd like to invite you to check out our new discussion group on Facebook, THE COALITION FOR REASON, SCIENCE, SATIRE AND SANITY IN BIGFOOT RESEARCH. It is open to all to read and join, so long as you are a user of this popular anti-social networking site (who isn't?). If you wish to post you may simply join the group. See below for general guidelines. 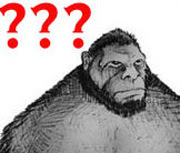 This group has been VERY active, with some 400 emails coming in today, so if you don't want that happening just set your notifications for the group to "Off" and check in once in a while.

In case you haven't heard... We are "E.V.I.L.": Evidence Verified through Investigation & Logic

Introductory Message:
"This group is open to all, and seeks to promote the spirit of rational thinking and evidence-based reality orientation in a field (BIGFOOTING) gone mad with fantastical dreaming and grandiose presupposition. This is a pro-Bigfoot group open to skepticism and critical thought, so long as it is not hateful or too slanderous. This group is democratic, anarchistic to the greatest degree possible, and non-believers and fanatics are equally welcome to participate. All are encouraged to be either constructive or funny, but we ask that personal insult be saved as a last recourse. Take a stand for the compatibility of Sasquatch and Reason. Add all of your 'Squatching' friends to this group." 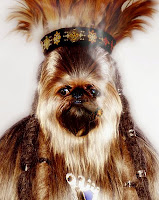 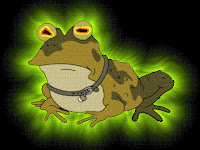 A Further Message:
""We are a group that posits the unusual position in Bigfooting that one may approach the strange and unknown with reason and logic. We seek rational and evidence-based explanations for the phenomena associated with Bigfoot, and refuse to give in to the lazy paranormal option. We do not believe that fact is a matter of belief, and that truth may be known with patience, Science and reason. Reality is indifferent to belief. Sasquatch does not live in the human mind unless it is a mere myth. Evidence points to a flesh and blood animal that walks the earth, eats and leaves scat, and footprints in the physical ground. We wish to explore the possibility of Bigfoot reports and claims with an open, skeptical attitude that sees as much value in exposing false claims and bad ideas as it does in affirming a belief system based on our own experiences and potential encounters. Either a thing is real or it is not, and we seek to know the difference."

And a further Personal Statement for you:
"I stand for Sasquatch as I stand for respect for all beings. All living things have their own ways, and their own forms of sentience. I stand for their right to exist, as I also advocate that humans expand their awareness and understanding of other life forms. We are not the only beings in the universe or this planet capable of feeling, thought, self-awareness, and the experience of Being. The utilitarian viewpoint of anthropocentrism must end, as also must anthropomorphic projection of our biases, values, uses and predilections upon the living world. These are the great ethical crimes of human history.

These are the source of all our destructive impact upon other living beings and peoples of the Earth. The argument as to whether the Bigfoot are apes or humans is specious and spurious. We are part of the same family, Hominidae. We share the same tribe as chimps, the hominin. All animals, all life forms, have their own adaptations and responses to the world. These should be understood on their own terms, respected and valued. We should find ways in which we ourselves may live without devastation and destruction of the habitats and life-ways of others, be they human or other form of animal. We, humans, are animals. We are evolved from and part of what we call Nature.
This is the context which gave meaning and breadth to the lives of traditional aboriginal peoples across the world, the concept that we were all brethren, that one spirit infuses all of us, and is manifest in each creature in its own way and form. All of life, in this view and experience of the world, has meaning, value and its own truth. It is a much more rich and textured way of experiencing life than that of the modern human, isolated in cities, and so hypnotized by the products of our own culture that we do not even see the stars at night and know that we are dwelling in a massive galaxy hurtling through a universally interconnected space-time.

Not to devalue Science, as it is this wonder of humanity which taught us about these very galaxies and our own place in them; but rather, let us practice the expansion of our awareness and knowledge with a respectful and open appreciation for all things, such that they may be discovered, known, and experienced in mutual co-participation in this strange Mystery of existence. Sasquatch, as much of we know of it, and as we know so little, represents the living unknown, a being able to walk like a man but still live in the deep grandeur of natural being. Let us regard this as a guide, and a lesson, for how we may conduct our own daily lives, and the direction for our future civilization."
****************************************************

This blog is copyright and all that jazz, save for occasional small elements borrowed for "research" and information or satirical purposes only, 2007-2012, Bigfoot Books and Steven Streufert. Borrowings for non-commercial purposes will be tolerated without the revenge of Angry Bigfoot, if notification, credit, citation and a kindly web-link are given, preferably after contacting us and saying, Hello, like a normal person would before taking a cup of salt. No serious rip-offs of our material for vulgar commercial gain will be tolerated without major BF stomping action coming down on you, hu-man.
Posted by Steven Streufert at 2:23 AM