How to Treat the PGF Film Site at Bluff Creek When Visiting: Keep in Mind, You are Walking on History.

Please see below for some of the things you really should avoid doing on the Film Site, if you care at all about Bigfoot and its history in Bluff Creek. Bluff Creek Project is currently working with the USFS and its new chairman, Merv George, to get the site declared an Historical Landmark.

Recall the red color behind the film subject, around the front and eastern side of the PGF site Big Tree? Those are vine maples, a lovely shrubby tree that goes from green in the summer, to pale yellowish-green in the fall, finally turning red when the cold of winter begins to set in come later October or November. These leaves are part of how we know that the film was not shot in August or September, as some claim. It shows a scene that is in correspondence with the story told by Patterson and Gimlin. Hence, these trees are evidence. When we finally located the PGF site, part of what verified it for us was the vine maples there in front of the signature Douglas fir, beside the broadleaf maple that provides the yellow color in the film. That latter maple is still there and growing, nearly fifty years later. In the same spot, the progeny of the PGF vine maples stood.
Well, upon our return to the site a few days ago we found that these important trees had been amateurishly sawn down. About the Big Tree we found four stumps of old vine maple, with their trunks and branches senselessly left in front of the tree, blocking foot access to the trunk. Someone had cut these down (we know who, as they were caught on our trail cameras), hoping to get a better photograph of the Big Tree. Maybe they were thinking of doing a film recreation, but that is impossible without major logging of the trees now covering the former barren sandbar.

Above is the Big Tree as it stands today, also showing historic vine maple trees cut down by a certain noted Bigfoot researcher, destroying part of the evidence of the site. I counted at least 35 annual growth rings, making these trees the progeny of those seen in the PGF.
The sawn stumps. These trees are the kind that provided the red color in the background of the PGF. 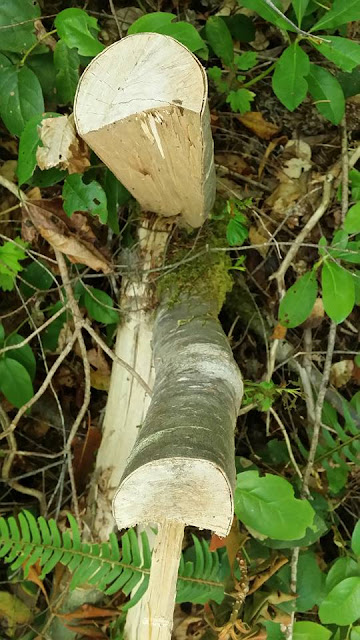 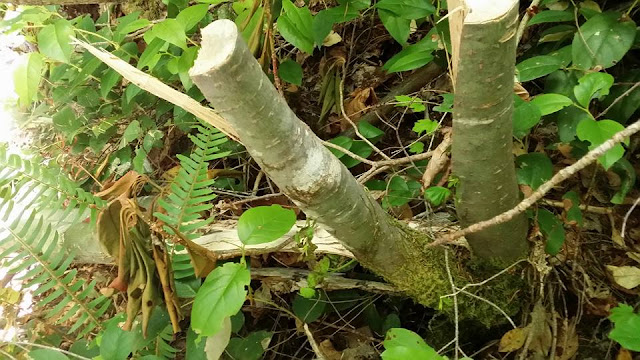 If you go to the PGF site, treat the fragile artifacts of history with care. That includes the old stumps seen in the Bigfoot film. These have been there as they are since they were cut as part of the salvage logging done after the massive 1964 Flood, between 1965 and 1966. These are key artifacts on the film site, helping to establish our documentation and proof of the site, but also useful in determining the location and size of the film subject.
And the log piles, too.  Don't walk or sit on these, if you can avoid it at all. They are seen in the film and are part of our modern survey map. These are old growth fir logs left behind on the sandbar by the 1964 Flood.
Don't do anything to this big leaf maple. It provided the yellow color seen behind the subject in the film, and is likely 65+ years old. It can be identified as a young, spindly tree in good images from the PGF.

The sandbar is eroding around its edges. Some is caused by the creek and weather, but a lot of it is due to humans walking around. Do note the established trail up to the top of it from the creek, and avoid climbing on its edges if you can. Every step takes another few inches away from history. 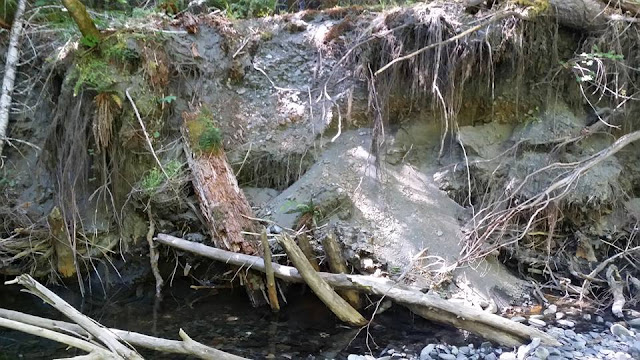 Also... Don't Litter. Here's a measurement two-by-four that someone left behind. If you're wondering about our colored survey flags, we're done with those, and we'll be doing a more professional survey this summer, so we'll be removing all old flagging currently on the site other than a few trail markers. 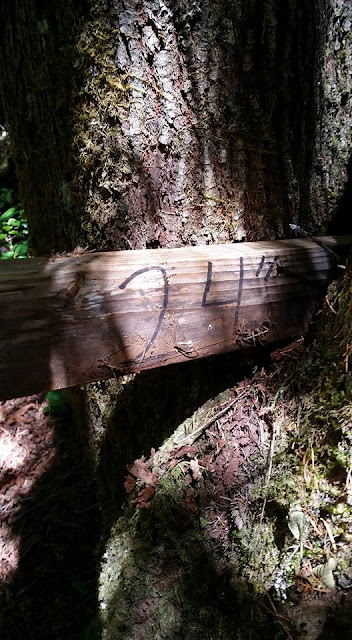 The previous year. Was it really necessary to destroy these gorgeous trees? 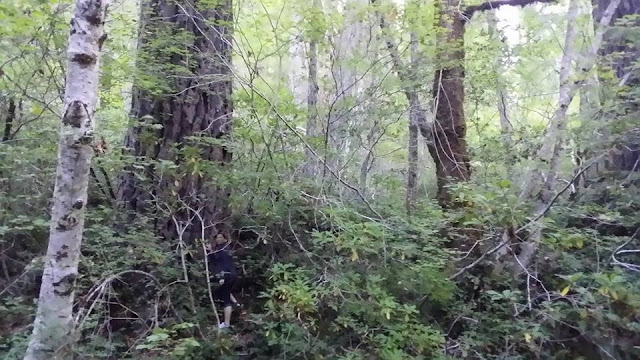 Patty's trackway, up to frame 352. We've cleared dead and low-hanging branches somewhat, but we avoid taking out living trees and shrubs. Don't conduct major excavations here, or remove large quantities of the sand on the historic sandbar. That fine dark grey silt sand you find just beneath the forest duff is what Patty walked upon. It was put there by the major 1964 Flood. It, too, is part of the history. 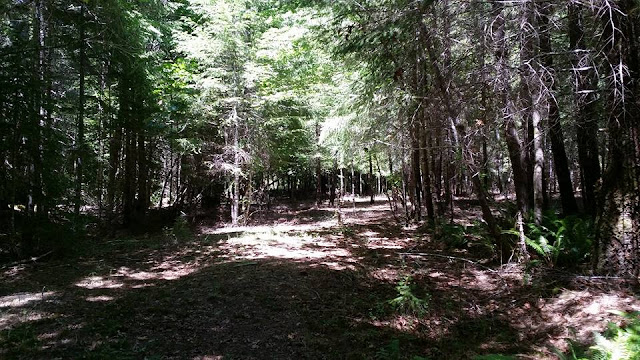 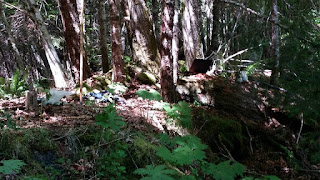 For your own safety, be bear-aware and keep an eye out for mountain lions. We are monitoring these with our camera project. Please do not harm them, either. 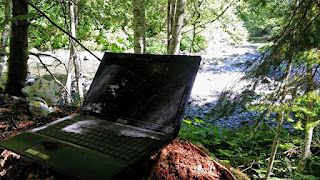 You can read all about the film site on this blog. Just put "Bluff Creek into the search box here... bigfootbooksblog.blogspot.com

Visit the new BLUFF CREEK PROJECT BLOG here: http://bluffcreekproject.blogspot.com/
Links to our YouTube page and the videos we've gotten of wildlife in the area and on the site are provided there. 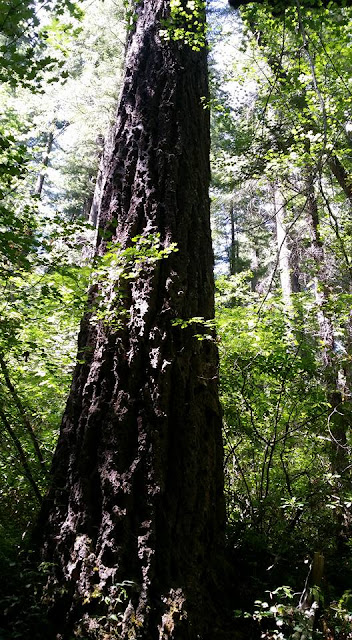 BIGFOOT EVIDENCE blogged about this topic, based upon Jamie's piece on the Bluff Creek Project Blog. Go see the article and comment here: http://bigfootevidence.blogspot.com/2015/06/the-famous-pattersongimlin-film-site.html


*
Posted by Steven Streufert at 5:52 PM 3 comments: Links to this post

BLUFF CREEK COMPANY/RESORT Purchased by Yurok Tribe. Improvements to Be Made, Historic Company Store to Be Demolished.

The BLUFF CREEK PROJECT page on Facebook just received notice from a friend that the historic spot at the bottom of the Bluff Creek watershed, once known as the Bluff Creek Company and lately known as the Bluff Creek Resort, has been purchased by the Yurok Tribe next door in Weitchpec, and is going to be redone for modern times. Unfortunately, the old store where Roger Patterson and Bob Gimlin stopped for supplies, along with all the early Bigfooters, will be demolished. In the last few years the building has lost all of its historic signage and has begun to collapse in on itself.
Here's the message we received:

The resort greatly will be improved over the next few years to meet a greater number of needs for the locals and the guests of the resort.

The store: The original structure of the historic bluff creek store is sadly a total loss due to years of neglect. Yurok tribe plans to demolish the old store and build a new store in its place. Heart breaking I know but too many years of neglect has made to structure totally unsalvagable.

The resort just changed hands on the eighteenth so please be patient with us and we will get bluff creek back on the map."

Our reply:
Bluff Creek Project, Sent by Steven Streufert, Jun 21st, 4:21pm
Rollie, thanks for the updates! We're pleased to hear that Mr. Smith has finally found a buyer, and a great local one at that. It's sad to hear about the final fate of the old historical store, though. If you have any more or any links you could share that would be greatly appreciated.
Thanks! Steve, Bigfoot Books, Willow Creek.

*
More photos from 2009. Keep in mind that the store structure has since fallen into total decreptitude. All photos following by Steven Streufert, save as noted.

View Roger Knights' Photobucket collection of old photos, along with notes from Phil Smith Sr., the owner of the Bluff Creek Resort at its end, here:
http://s7.photobucket.com/user/RogerKni/library/BF%20BCCS%20Photos?sort=6&page=1

Happy Summer Solstice to All! 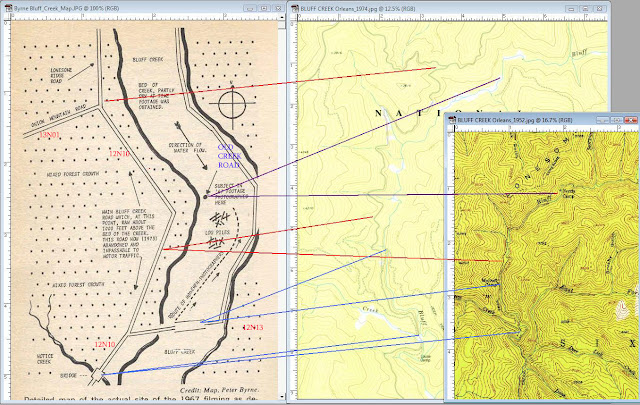 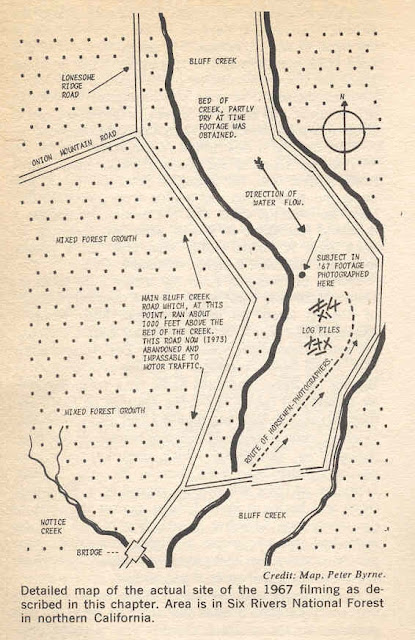 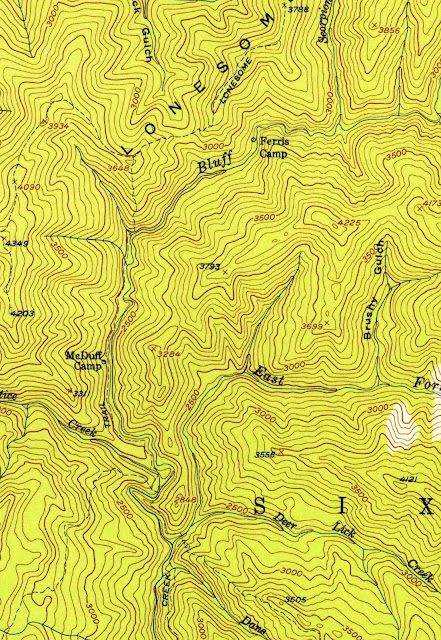 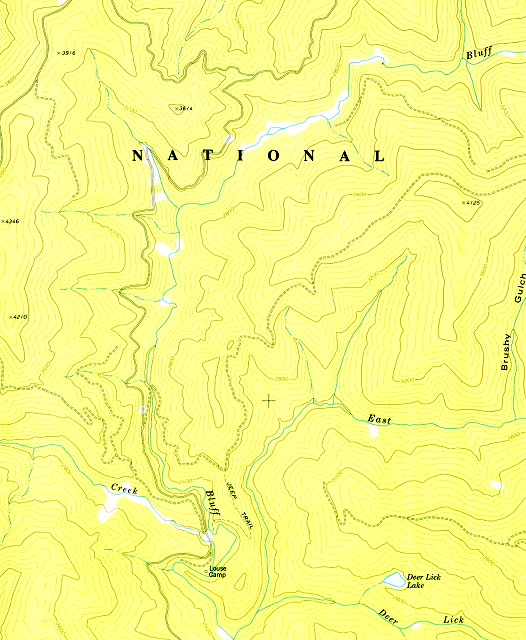 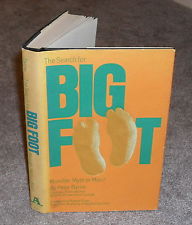 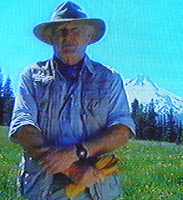 Posted by Steven Streufert at 4:45 PM 2 comments: Links to this post