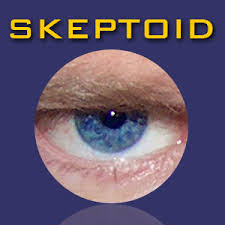 The latest episode of my favorite podcast, SKEPTOID, by Brian Dunning, covers the PATTERSON-GIMLIN Bigfoot film.

Here is the link:
http://skeptoid.com/episodes/4375

Though I love this podcast (yes, I really do!), as I listened to it this time I couldn't help but feel that his answers to problems and refutations of issues were too facile, in the way of skeptical dismissal rather than true skeptical analysis. Yes, there is a difference, folks. Many of his points raised were actually based upon fallacies and misinformation. I re-read the transcript, cutting and pasting parts that I found to be erroneous. These are just off the top of my head, but based upon some ten years of studying the history of this film here in Willow Creek and doing extensive research in the Bluff Creek area.

So, for what it is worth, here are the points I found troublesome. Go to the transcription page for the podcast and read the whole thing for yourself. Can you find any more problems? Are there problems with the problems I have raised? Well, post them in the comments below. Documentation of these issues surrounding Bigfoot in Bluff Creek can be very tricky, as they have found scattered publication (no, Greg Long's book is not the end-all of information), and much of it is based upon oral history here in the local area. I'm open to additions, subtractions and corrections to the following list. Thanks!

Anyway, that is all for now.
When it comes to the PGF issues, the "Hoax Theory" feeds itself with its own presumptions, just as the "Believers Camp" feeds on its own wishful thinking much of the time. That is just the way it is, sadly.

No ANGRY BIGFOOT these days, sorry to say....

Posted by Steven Streufert at 6:08 PM