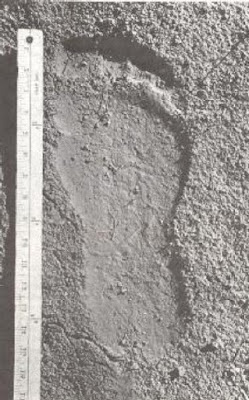 In 1967 three major events in Bigfoot history occurred in the Bluff Creek basin, First, in late August, tracks were found along the dirt road and adjacent hillsides of Onion Mountain. These were investigated by John Green and Rene Dahinden. Then, a few days later, just after John Green had gotten back home in Canada, another track collection, this time of three different sizes of feet, was found on nearby Blue Creek Mountain. Contractor Bud Ryerson called Green on a radio phone of some sort, and another trip down to California was put together immediately. This time they brought a tracking dog, White Lady, her handler Dale Moffit, the pilot Keith Chiazarri (often mistaken for Bob Timus by "Massacre Theory adherents like MK Davis and Bobbie Short). Of note regarding these two track finds is that the images in the ground and the casts both appear to be perfect matches for wooden footprint stompers made by one Ray Wallace, erstwhile Bluff Creek road-building contractor. Ray had moved from Willow Creek by then, but his brother Wilbur "Shorty" still lived there (in the house next door to where I myself now reside, in fact). 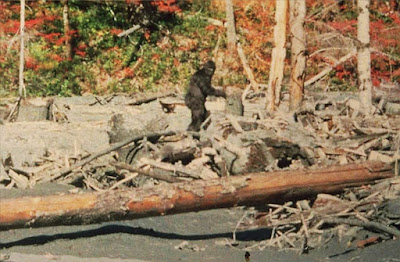 The other event of that year, of course, was the capture (or making) of the Patterson-Gimlin film. Right after Green and the others had left the area, local shop owner and Bigfoot go-to guy, Al Hodgson, called the Patterson home and spoke with Roger's wife, Patricia, about he events. Roger and Bob were out at Mount St. Helens around that time of the Labor Day weekend, but when they got back and heard the news they immediately started planning for an expedition to Bluff Creek. They didn't make it out of Yakima until very late September (according to Gimlin's current memory), or sometime in earlier October (according to other accounts).

For more, see the timeline of these events, following these videos from that time. Here are two classics from Bluff Creek history, to which I've added the stabilization and color enhancement from YouTube. I've posted these so that they won't ever disappear from the internet.

Here is Rene Dahinden's footage from Bluff Creek, while investigating the Blue Creek Mountain trackway, and subsequent footprint finds. This is the so-called "Tracking Dog Video," which is mistakenly associated by MK Davis and others with the Patterson-Gimlin film event that occurred nearly two months later. This is from late August and the first days of September, 1967, while the PGF was shot on October 20th that year. Please note, there are no "dead Bigfoot" in this footage, and no blood on "Titmus'" hands. In fact, that is Keith Chiazarri, the pilot for the trip down from Canada. When asked just the other day, John Green confirmed that it was Rene's camera and Rene who shot this film. Green only took still photos on that trip.


YouTube stabilization and color balancing added. Bill Munns has confirmed this as an unedited film sequence, a copy of the full camera roll that was in Roger Patterson's Kodak Cine K-100 camera that day of October 20th, 1967.

Here is ROLL ONE, COMPLETE:  Patterson-Gimlin Bigfoot Film and Preliminary Scenery of Bluff Creek.
NOTE: It seems to me that this video copy has the film projected at a just slightly too rapid speed. the last part with Bigfoot runs only about 49 seconds, whereas in most versions we see it runs about 58 or 59 seconds. Also, the movements of the horses are a touch jerky and fast. Were it played at the correct speed, that would make the length of the film roll seen here about 4 minutes not three and one half. I've been told that he K-100 film rolls would cover about 4-6 minutes of filming, depending upon the camera speed setting. Bill Munns has confirmed that this clip shows no sign of splicing or editing. So far as we can tell it's the footage as it came from Roger's camera that day.


*
Here's the ONION AND BLUE CREEK MOUNTAIN TO PGF BLUFF CREEK TIMELINE, reprinted here from an older blog article of mine.....


And now: Notes on the 1967 Timeline of events from Onion Mountain, to Blue Creek Mountain, and finally the Bluff Creek Patterson-Gimlin Film.
These events note the actions of John Green mainly during the time, but also cover the locations of the main figures--Bob Titmus, Roger Patterson, Bob Gimlin and Rene Dahinden--accused in the "Bluff Creek Massacre Theory." These locations of individuals and timings of events completely DISPROVE that theory.

* Even LATER AUGUST 1967: First day after getting home Green is called re. Blue Creek Mountain tracks by Bud Ryerson, contractor on the Bluff Creek project.
* SAME AFTERNOON: on a plane with Moffit, Rene Dahinden and White Lady, calls Al Hodgson for provisions to be at Orleans airport.
* NIGHT: Arrival at BCM site, dog reacts but they don't want to track in the dark.
* NEXT DAY, MORNING: No dog response
* EVENING: Return to Orleans for phone calls, return to Bluff Creek area with pilot, go to older Onion Mountain tracks, find new 12-inch prints.
* NEXT DAY: To BCM again, 2 small sets one large of tracks found (590 counted not destroyed by road activity) 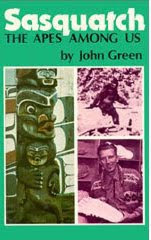 * VAGUE ("2 days") (Now EARLY SEPTEMBER): Don Abbot arrives from B.C. Museum; they hear word of sandbar tracks just downstream from future PGF site. THIS IS THE SANDBAR AREA, apparently, where the film that MK is looking at came from.
* Flight back to Canada

* SEPTEMBER: Patterson on BF expedition in Mt. Saint Helens area. Upon return home hears that Al Hodgson has called his wife about the tracks found in Aug-Sept. in Bluff Creek area. Begins to plan expedition.

* VARYING DATES, either OCTOBER 1st P-G departure (Murphy), or "A little over a week" (Patterson) or just "a few days" (Green) before filming. So... sometime between October 2nd and October 21st Patterson and Gimlin are in Bluff Creek.

* OCTOBER 22ND: FILM FIRST VIEWED IN YAKIMA. Present: Green comes from Canada; Dahinden was in SF at filming time, promoting the tracks found BCM/OM, cannot get to film site due to weather; Titmus has come from Kitimat, Canada as well (ALL OF THEM WERE IN OTHER AREAS AT TIME OF FILMING). 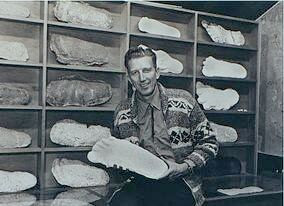 So, the timeline is really pretty clear. Green was in the Bluff to Willow Creek area three times that summer-fall. A busy guy.