Bluff Creek has been closed, and the PGF site is under threat with fire burning within about a mile of the historic location. Due to the NICKOWITZ FIRE burning in Six Rivers National Forest and at the edge of the Siskiyou Wilderness, Bluff Creek is now closed indefinitely in all of the upper watershed area and surrounding ridges and ridge and basin roads. This fire is burning just west of the Patterson-Gimlin film site and the location of the cameras deployed by BLUFF CREEK FILM SITE PROJECT. 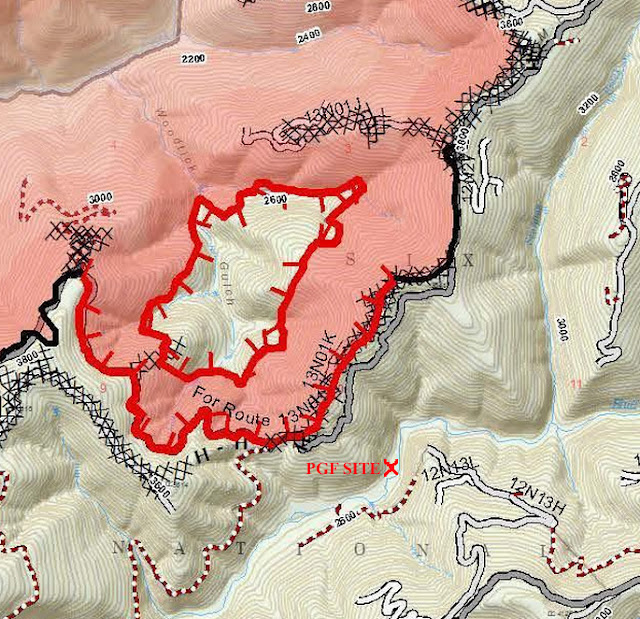 Get updates on the fire incident here:
http://inciweb.nwcg.gov/incident/4466/
Obtain the PDF files of the alert notice on this fire here:
http://www.fs.usda.gov/alerts/srnf/alerts-notices

Here's a Google Earth view of the Film Site to lower right, and the fire edge along 12N01 Road to upper right. Just count the trees. It's very close to the site. 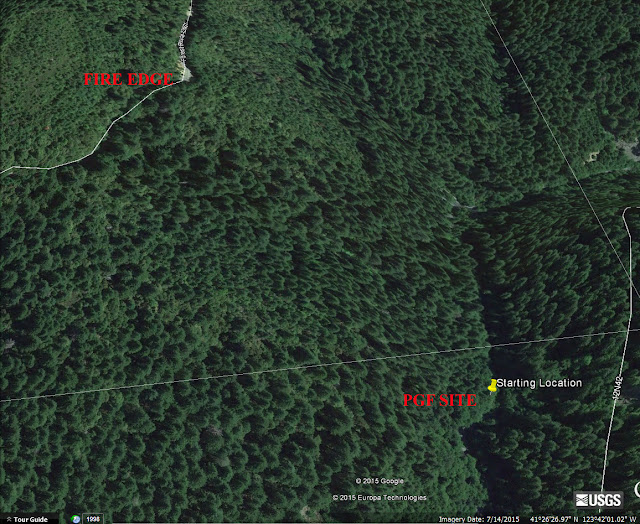 CURRENT UPDATE:
"Overnight humidity on the fire increased to levels much higher than in the past several days. Today a light inversion is expected to lift in the late morning. Steady progress is being made on line construction. Holding and securing the Soapstone Gulch area on the south flank is a priority for Friday as is holding and securing the west flank. Partly sunny skies with areas of smoke is expected for today. The fire is currently 4,818 acres. Please remember that there is a temporary forest closure in place around the Nicowitz fire including a portion of the Siskiyou Wilderness. All roads and trails within the closure area will be restricted to authorized personnel only until the fire is declared out."
*
Members of the Bluff Creek Project visited the area above the film site and all the way back to the end of the G-O Road at Elk Valley on Sunday and Monday, camping at Bean's Camp, just before the closure order. We could not get down to the PGF site without violating the "Road Closed" sign at the top of 12N13.


Here is the view down into the Bluff Creek headwaters, toward the film site, on Sunday evening. 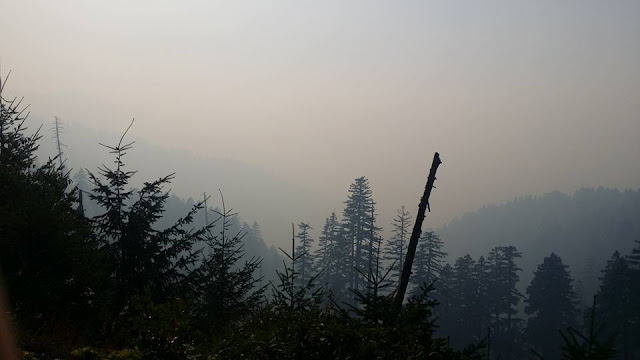 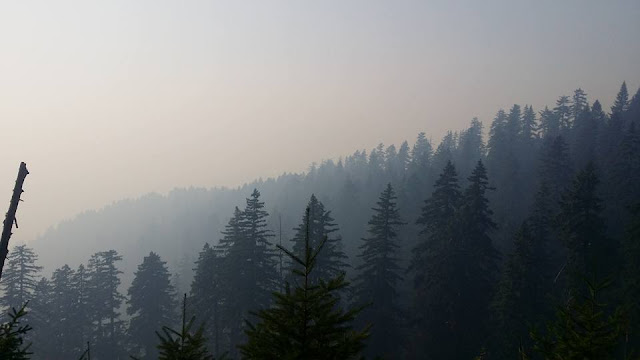 HERE'S HOPING HISTORY WON'T BURN.
In any case, our cameras should survive, and that could produce some very interesting photos and video of animals and maybe even the site burning.